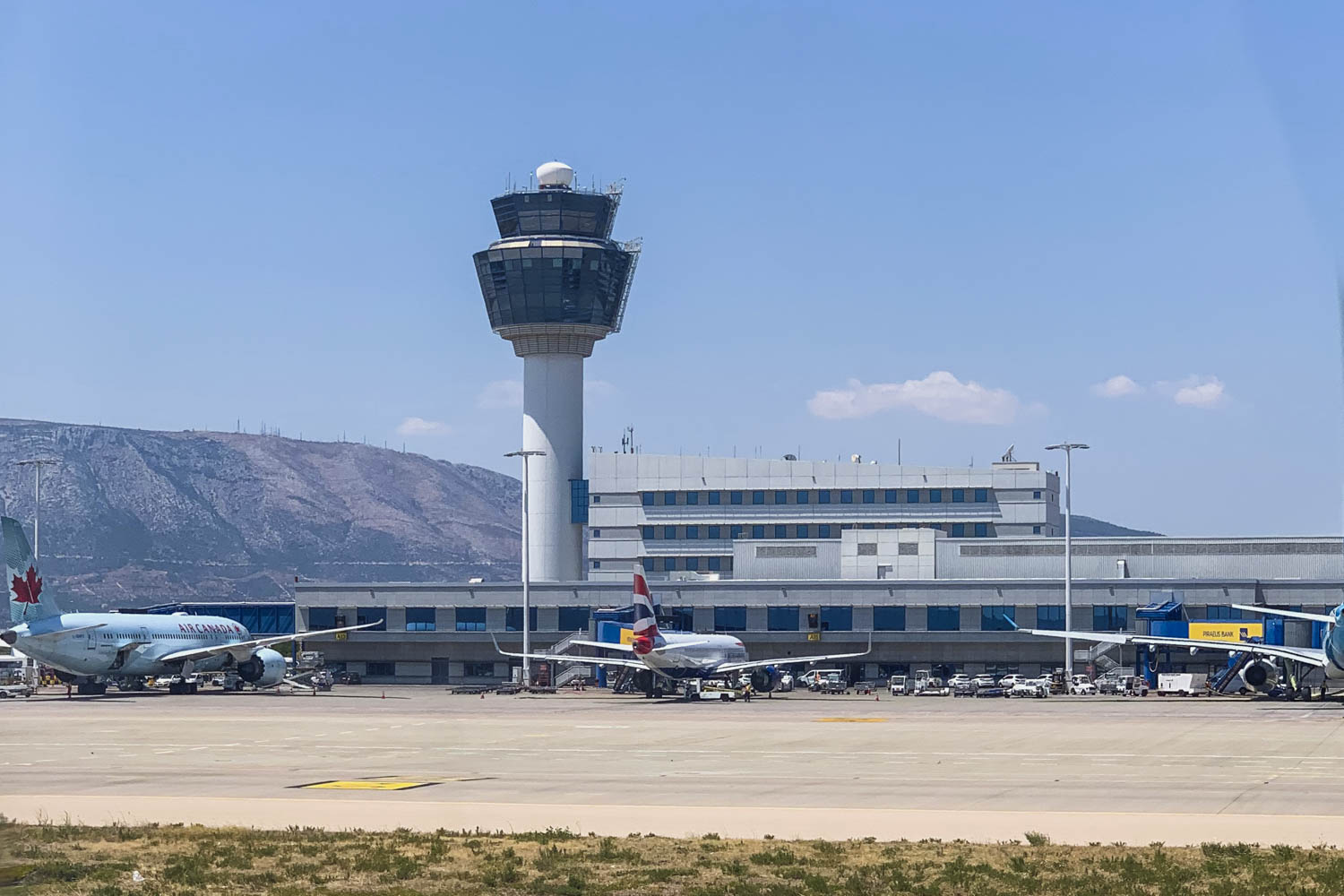 With the Greek islands spread out over such a large area, deciding on which one to visit and how to get there is very important. If you want to get there quickly and with the least hassle then flying direct, or via Athens, is your best option. This means less time on buses, taxis and ferries and more time with your feet up by the pool or at the beach. I have laid out a complete list of all the Greek islands with international and domestic airports below.

As you might expect, with over 6000 islands – roughly 200 of which are inhabited – not all the Greek islands have airports. There are 25 in total – 10 international airports and 15 domestic airports.

Map of all Greek islands with airports

This map shows all the Greek islands with international airports (black).

There are 15 Greek islands with smaller domestic airports (red).

The following islands have airports which operate international flights to many countries in Europe. There are direct flights from the UK, Germany, France, Italy and others. If you are coming from outside Europe, then flying through the UK or Germany will give you the option of flying directly to any one of these islands.

There are 15 Greek islands that have domestic airports (shown as red on the map). These can all be reached via a connecting flight from Athens and some can be reached via Thessaloniki.

How often are flights

There are frequent flights throughout the holiday season from April to October. The most flights are over the peak months of July and August. During the shoulder seasons, frequency ramps up during the Spring and back down again over Autumn.

Over the low season and through the winter, Aegean and Olympic Air operate a much reduced service to the islands, mainly for the residents. International and low cost airlines, such as Ryanair and easyJet will all but stop.

How long does it take

All domestic flights from Athens or Thessaloniki to the Greek islands will take between 35 minutes and an hour. Hence the majority of your trip will be check-in times and waiting around for your flight.

Airports on the islands are small, with a single terminal and often only one or two gates. Expect to be out of the airport swiftly, particularly if you only have hand luggage.

Taking the ferry from Athens

You can take the ferry from one of Athens’ two ports, Piraeus or Rafina. This is a good option if you plan to visit Athens beforehand. It will save you a journey back to the airport and all the waiting and check-in time that goes with it. It is fine mainly if you are planning to visit one of the Saronic or Cycladic islands. There are high speed ferries and catamarans that can get you to the likes of Mykonos in under three hours and to Syros in just over two.

If you plan to visit the Ionian islands , Dodecanese, Northern Aegean or Crete, then it isn’t advisable to take a ferry from Athens. Instead look to fly there or at least close-by.

Taking the ferry from the islands

If you plan to visit an island without an airport, then look to fly into one of its neighbouring islands and take a ferry from there. This will often be quicker than taking a ferry from one of Greece’s mainland ports, particularly those islands in the Dodecanese and Northern Aegean.

Even if you plan to visit an island with a domestic airport, it can sometimes be quicker to take a ferry there from a nearby island. It can also be quicker than taking a connecting flight through Athens (depending on schedules). A ferry from Kos to Kalymnos, or Mykonos to Naxos, for example, takes under an hour.

Check out my map of all the Greek island groups and use it to help plan your trip and check distances involved. Use google maps to and search ferry schedules using the websites above to plan the quickest route.

Other Greek islands close to an airport.

Important Tips For Renting A Car In Greece

Visiting Greece On A Budget